If you are on your trip to India, you should definitely explore, Mumbai, the getaway to India’s economic capital. If you decide to board a flight to or from Mumbai, then you would surely arrive at the Mumbai international airport which is also known as the Chhatrapati Shivaji Maharaj International Airport (BOM).

When you search for a flight in any search engine, you can use the the official code of Mumbai airport, "BOM". Skytrax 2016 World Airport Awards has bestowed the Mumbai airport with the Best Airport in India and Central Asia award.

Mumbai airport is famous for breaking its own record for a maximum flight landing during peak hours. Spread around an area of 750 hectares, Mumbai Airport operates more than 75 flights in an hour in peak period, hosting more than 900 aircraft movements every day with more than 45 million passengers in a year making it the second busiest airport in India. It does get difficult for everyone to understand the operations of an airport with such a massive stature. Therefore we present to you a simple guide about Mumbai airport that hands you everything you need to know:

To reach the domestic airport known as terminal T1, the nearest local railway station is Vile Parle station on the Western Suburban Railway Line. Get down there and come outside to Vile Parle (East). From there you can hire an auto-rickshaw or opt for public BEST buses from the train station to the airport.

It may be a little confusing for the passengers as to where to board a flight from, since the domestic terminal is also known as Chhatrapati Shivaji Maharaj International Airport. In that case, it is important to check the terminal number on your ticket or boarding pass to avoid a mishap. This is important point to note because both the airport has significant travel time of minimum 20-30 minutes and you may not want to miss your flight because of this small reading error.

The airport is primarily divided into two passenger terminals - Terminal 1 and Terminal 2. Let us try to understand them both in detail - 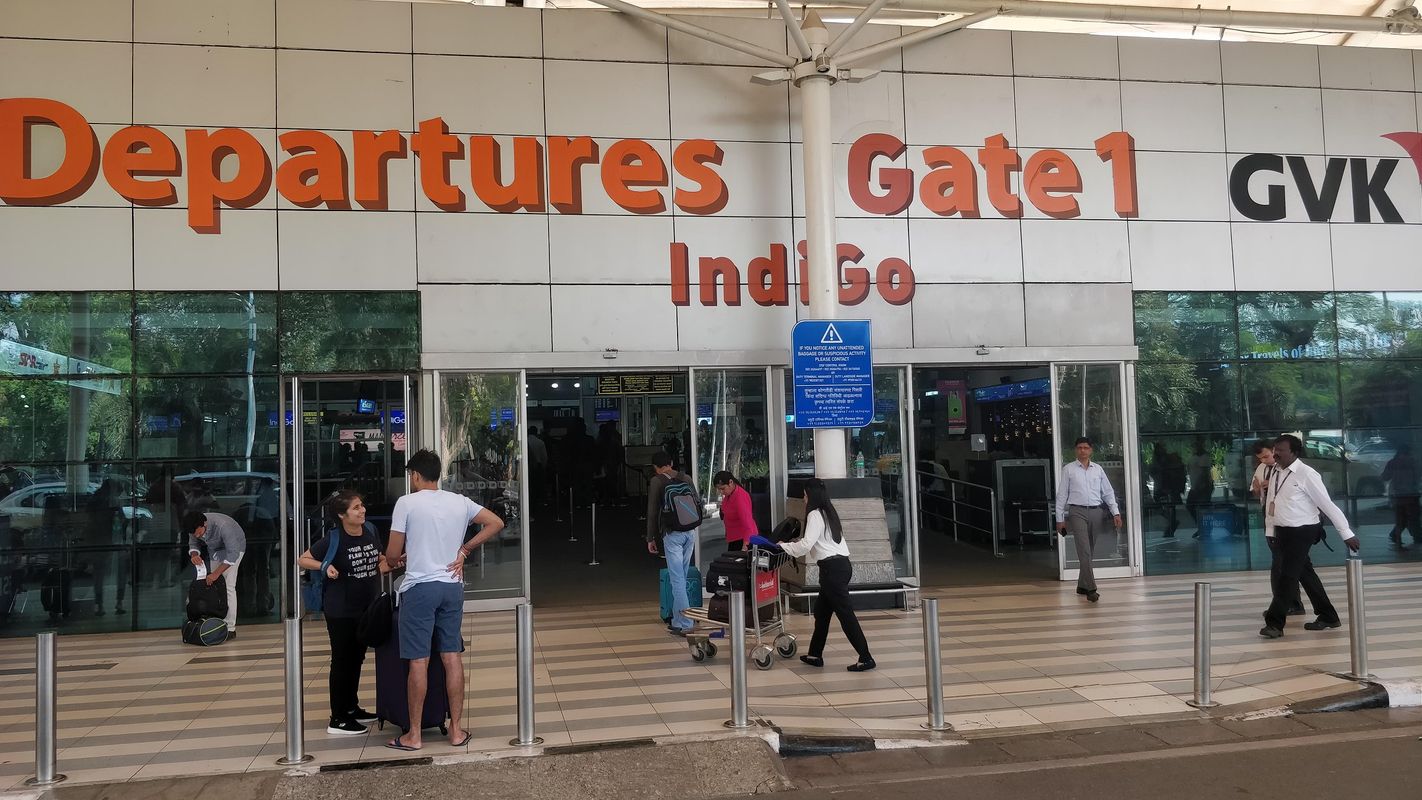 Both the terminals of Mumbai Airport have same name. Terminal 1 of Mumbai airport which hosts domestic flights is located in the suburb of Santacruz. It is at a distance of about 4 km from Terminal 2 which is international airport. Duration to reach from one terminal to another may vary according to the traffic; it may take approximately 20-30 minutes to reach either terminal in case of no traffic. The nearest railway station to reach terminal 1 is Vile Parle on the Western Suburban Railway Line.

Terminal 1 is much smaller as compared to Terminal 2 and also hosts same runway for the impending flights. Domestic airlines such as SpiceJet, IndiGo, Air Asia, Star Air and TrueJet operate their flight services from Terminal 1.

Know the Structure of Terminal 1 The terminal 1 has arrivals and departures gates on the same level. Gate 1 and Gate 2 host various airlines that are assigned to them.

The terminal is further divided into Terminal 1A, Terminal 1B and Terminal 1C

Domestic Operations of Airlines at Terminal 1

Facilities and Services at Terminal 1

The terminal 1 offers plenty of facilities that are explained as follows: 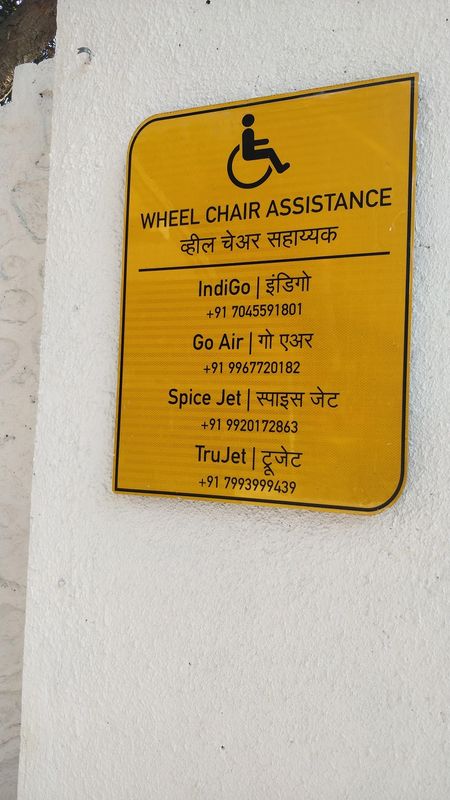 Forex centers are situated near the Departure Near Gate 2 and the Arrival Hall at Terminal 1 in case you need to exchange your currency.

Other Facilities and Services

Where to eat at Terminal 1 There are many cafes and restaurants in the food court of Terminal 1 Arrivals and Departures:

Where to shop at Terminal 1, domestic airport Mumbai

There is a wide range of shops and boutiques at the domestic terminal where you can buy accessories, essentials and much more: Hotel and Lounges at Terminal 1

There is no lounge option available at terminal 1. But you may opt for many hotels around the airport to rest until you continue further on your journey: 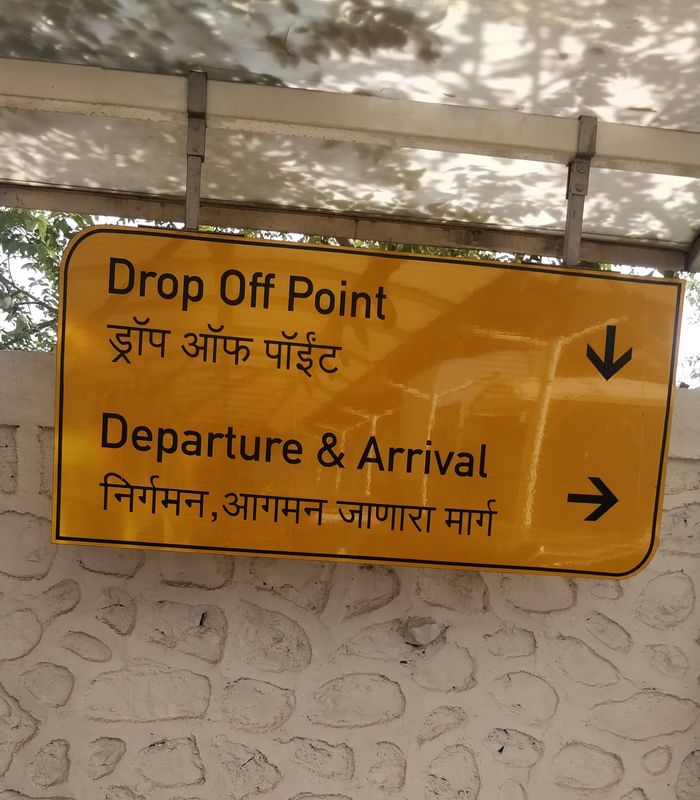 Terminal 2 also known as Sahar International airport or Chattrapati Shivaji International Airport was started in 2014. Its huge infrastructure with leading world-class services is what made it one best airport awardee by Airports Council International. One of the world's best Mumbai provides amazing time for its traveller. This airport showcase India's beauty accross the walk. When it comes to size this is nothing less than a huge shopping mall if compared. If you are departing or arriving first time from this airport please make sure you have extra time to explore this airport. Hundreds of world class restaurant, spas, shooping options & lounges.

Know about the infrastructure of Terminal 2 Explroe amazing Design of this Airport

This terminal is designed by Skidmore, Owings & Merrill (SOM) and is inspired by white dancing peacock feathers. It consists of 10 podiums divided across 4 levels. Each of these levels serves different purposes. Level 1 is used for ground transport, Level 2 hosts the arrivals, Level 3 hosts domestic departures whereas the final level 4 is for international departures. 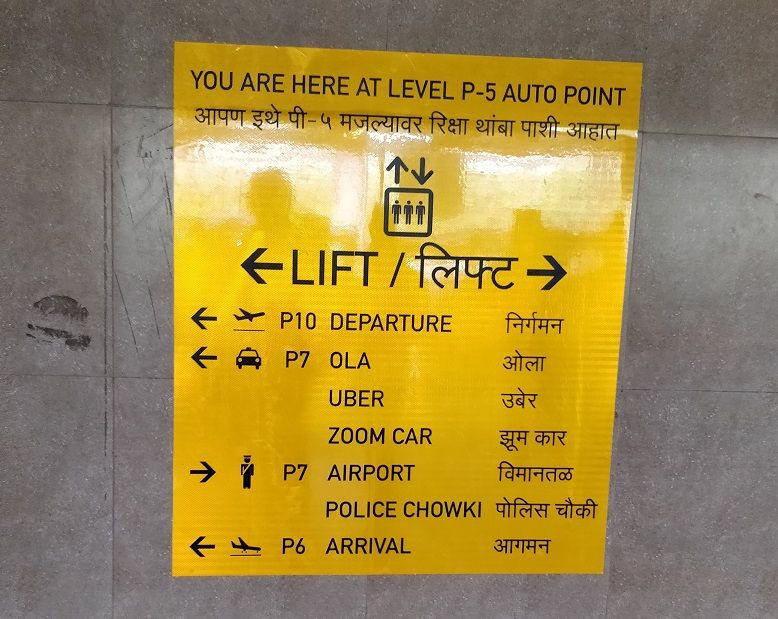 Jet Airways was the largest domestic air carrier in India until 2019. Due to financial issues, the airlines shut down its operations leading to a major burden on other domestic carriers. Therefore, after the shut down of Jet Airways, most of the domestic flights have been shifted to terminal 2. It operates at Level 3.

Please note you need to read on boarding card and ticket which terminal your flight will departure irrespective of the name of flight. If you wish to practice meditation or require a moment of peace to pray, you may use the prayer rooms located at Level 3 before immigrations and level 4 post immigration near Gate number 47, Gate number 65

Where to eat at Terminal 2 There are various food joints, cafes and bars in the food court of T2 at the arrivals and departures:

Where to shop at Terminal 2

There is a wide range of shops and boutiques at the international terminal where you can buy accessories, essentials and much more:

Shopping Places at Terminal 2 Departures (Inside)

Attractions to see at Terminal 2 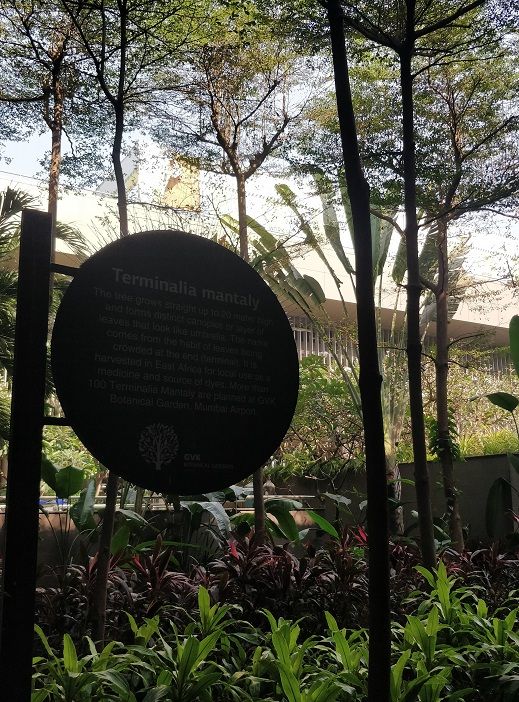 Botanical gardens are major attractions of the landscape of Terminal 2. These beautiful gardens not only grace the interiors of the airport but are also placed outside along its periphery. A large number of exotic plant and flower species decorate paved paths, sidewalks, areas near the food court and the escalators which make it an incredible sight. 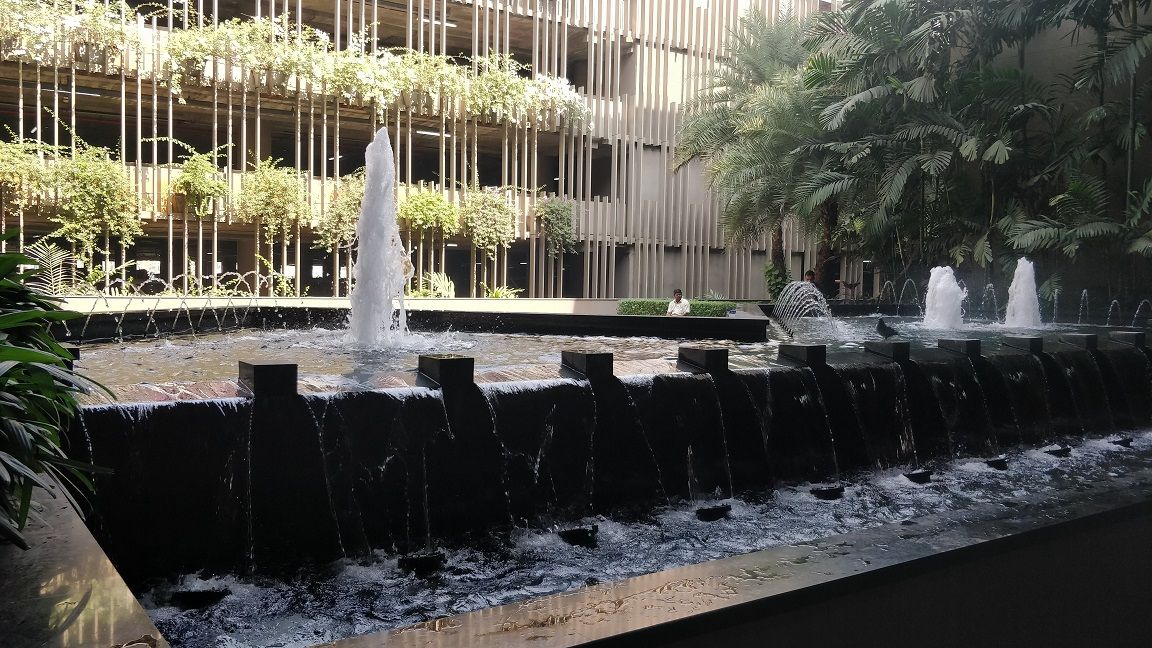 Many water fountains are also built which adds to the aura of the airport. There are many hotels inside the terminal 2 and hence it hosts a large number of airport lounges for passengers waiting for their flights: Terminal 2 of the Mumbai airport is connected with major highways, roadways and suburban as well as metro railway stations. The Sahar Elevated road takes you to and from the terminal 2. It is important to note that the elevated highway is only permitted for taxis and cabs. If you have hired an auto-rickshaw or opted for a bus then you can go through the existing Sahar Road. Mumbai Suburban Railway Network operates on three different lines- the Western Line, the Central Main Line, and the Harbour Line. Vile Parle railway station is the closest and quickly accessible point for the domestic terminal on the Western line. Santacruz railway station is near to the domestic terminal and hence is also know as Santacruz Airport. The terminal 2 is easily accessible through the Andheri railway station on the Western and Harbour lines of the Mumbai Suburban Railway network. Terminal 2 can also be reached through the Airport Road and Marol Naka metro railway stations. A new metro line is under construction, this underground metro line from Cuffe Parade to SEEPZ will help you reach terminal 2 from Colaba in just about 20 minutes.