Delhi is the first place to be if you are on a trip to India. Whether it is a business trip, or a weekend getaway or maybe a short trip to the country, Delhi offers you wholesome experiences. In the entire topography of India, Delhi gives you breathtaking glimpses of Mughal architecture everywhere. That is what Delhi tourism is all about!

It can be overwhelming to explore such a large city with just a few days in hand. Amidst the bustling streets of Delhi you will find quaint lush Garden tombs. The most prominent among them being the Humayun's tomb. Enigmatic ruins of Qutub complex with its towering Qutub Minar gives a poetic feel to your trip.

From lip-smacking street food to towering monuments bygone dynasties, the past, present, and the future colludes together at this historical city. Be it Parathe wali Galli in Chandni Chowk or the exclusive boutiques and cafes at Connaught Place. The blend of New and Old Delhi is distinct and awe-inspiring.

Visit the largest spice market in Asia or one of the largest mosques in India, the Jama Masjid. This is the land of Mughals such as Akbar and Shah Jahan who have gifted the city with incredible monuments. And you get to reap the benefits of it.

This is where we come in! We have created this detailed 2-day Itinerary for your trip to Delhi. It will show you a timed list of prominent places to must-see acquainted with the land where once Mughal Emperors ruled. So let’s begin!

Day 1: Explore the best places in the city

Let’s say you just have a day to spare to explore Delhi, you will wonder how to exactly cover the city in such a less time. It will become easy for you to just visit the most prominent and popular places in the city.

The best thing to do in such situations is to hire a private delhi tour guide. To get through the city quickly and admire its breathtaking monuments is easier this way. Local private tour guides in Delhi would help you get a private car so you could navigate conveniently through the city lanes.

Now that you have gotten your local Delhi guide and a comfortable car for yourself, let’s check out where you should head first: Entry Cost - INR 35 for Indians and INR 500 for foreign tourists. 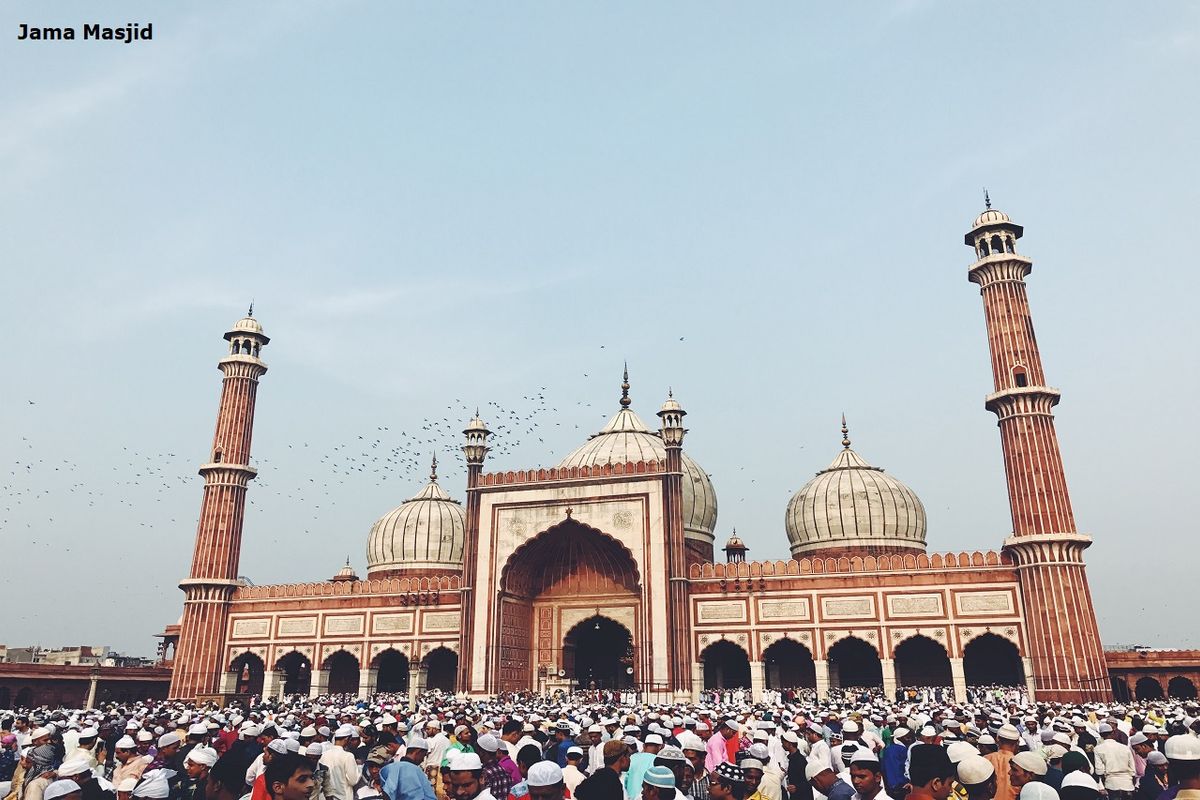 Best Time To Visit - Throughout the year

How to reach - Jama Masjid can be accessed from the nearest metro station of Chawri Bazaar, which is only 500 meters away. You can also reach Jama Masjid via Old Delhi Railway station and ISBT Kashmere Gate. public transport is easily available here. How to reach - Raj Ghat lies between the ring road and the Yamuna River banks. You can reach Raj Ghat via roads and metro rail to reach Raj Ghat. The nearest metro station to Raj Ghat is the Kashmiri Gate. Entry Cost - INR 30 for Indians and INR 500 for foreign tourists.

How to reach - To reach Humayun’s tomb, the nearest stations are Jorbagh and Race Course station. It is located quite close to Nizamuddin Dargah. Private and public buses would also take to here via Rajiv Chowk, ISBT or Nizamuddin. You can use other public transport to reach Humayun's tomb. Best Time To Visit - Throughout the year except Monsoon

Entry Cost - INR 15 for Indians and INR 200 for foreign tourists.

How to reach - Jantar Mantar is easily accessible by road and metro rail. The nearest metro station to Jantar mantar is Patel Chowk. You can also use public transport to reach Jantar Mantar. How to reach - The nearest railway station to reach to Laxmi Narayan Temple is RK Ashram Marg Metro Station on Blue Line. Use public transport such as auto rickshwas, public buses to reach the destination otherwise. How to reach - The nearest railway station to reach India Gate is Barakhamba Road Metro Station. It is located 3 km away from India Gate. You can hire a cab or tuk tuk that will take to the monument in 15 minutes. Best Time To Visit - Throughout the year except every Monday.

How to reach - The nearest railway station to reach Lotus Temple is Kalka Ji Temple Metro Station. You can hire a cab or tuk tuk that will take to the monument that lies near Shambhu Dayal Bagh, Bahapur. Entry Cost - INR 35 for Indians and INR 550 for foreign tourists.

If you have one more day to spare and you are spending another day in Delhi and checking out a few more sights is totally worth it. This would be your continued trip from Day 1. Let’s find out more about the sightseeing of Day 2 : How to reach - The nearest railway station to reach Chandni Chowk is Old Delhi Railway Station. You can also get down at Chandni Chowk Metro Station. Get a rickshaw to navigate through the alleys. Entry Cost - INR 35 for Indians and INR 550 for foreign tourists.

How to reach - The nearest railway station to reach Qutub Complex is Old Delhi Railway Station. You can also get down at Qutub Minar Metro Station. The nearest bus stand to Qutab Minar is Kashmiri Gate Bus Stand.

These structures mainly include the legendary Iron Pillar, incomplete Alai Minar, and the tomb of Iltutmish. Let us know about them in detail: 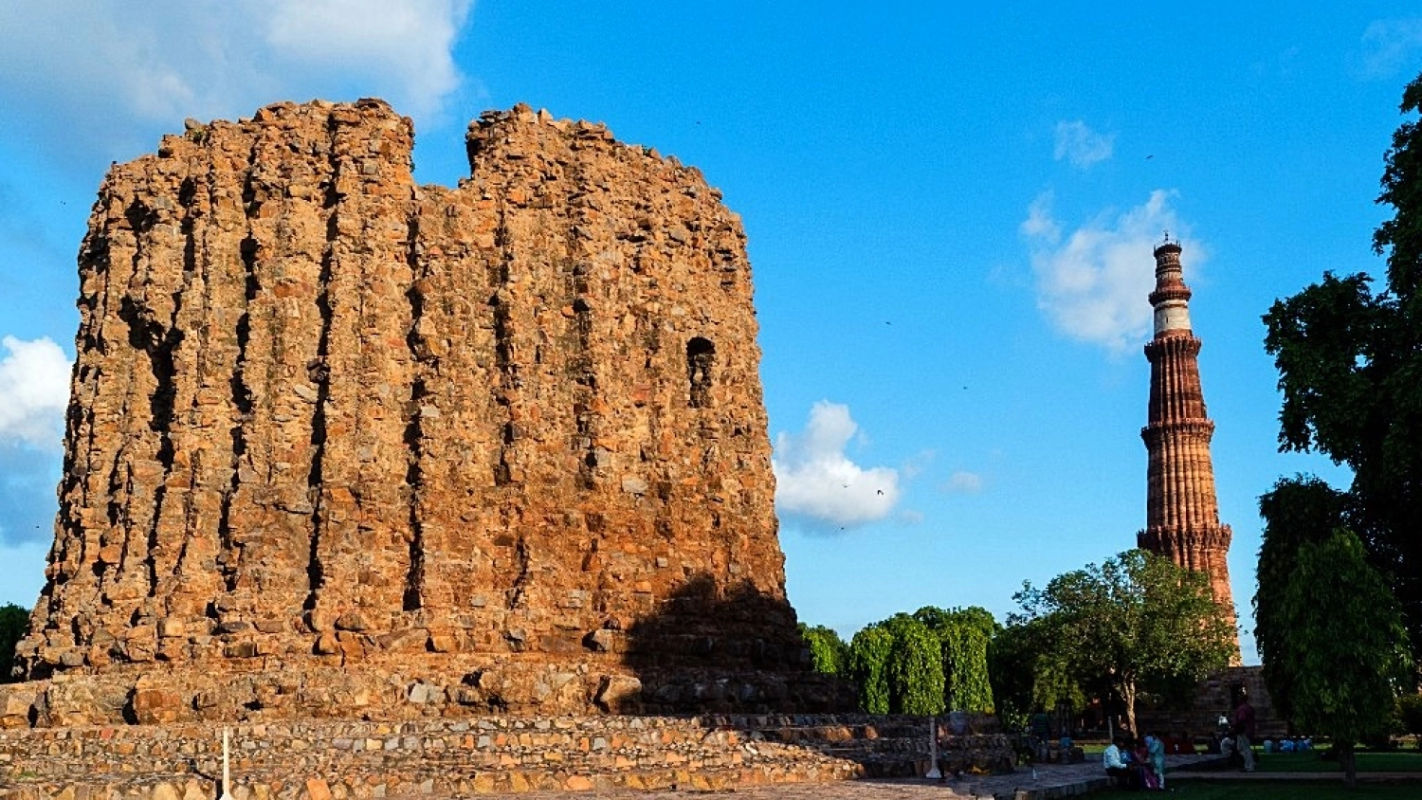 On your third day of your trip to Delhi, you could continue your exploration of Mehrauli Archaeological Park. This becomes of the offbeat tours of Delhi where you explore the remaining monuments of the city that are optional for first time visitors.

Best Time To Visit - Throughout the year except.

How to reach - The nearest railway station to reach to reach Mehrauli is Qutub Minar Metro Station. You can hire a cab or tuk tuk and ask the driver to take you to Jamali Kamali.

Let us know more about some prominent monuments out of the 440 structures that line this place: 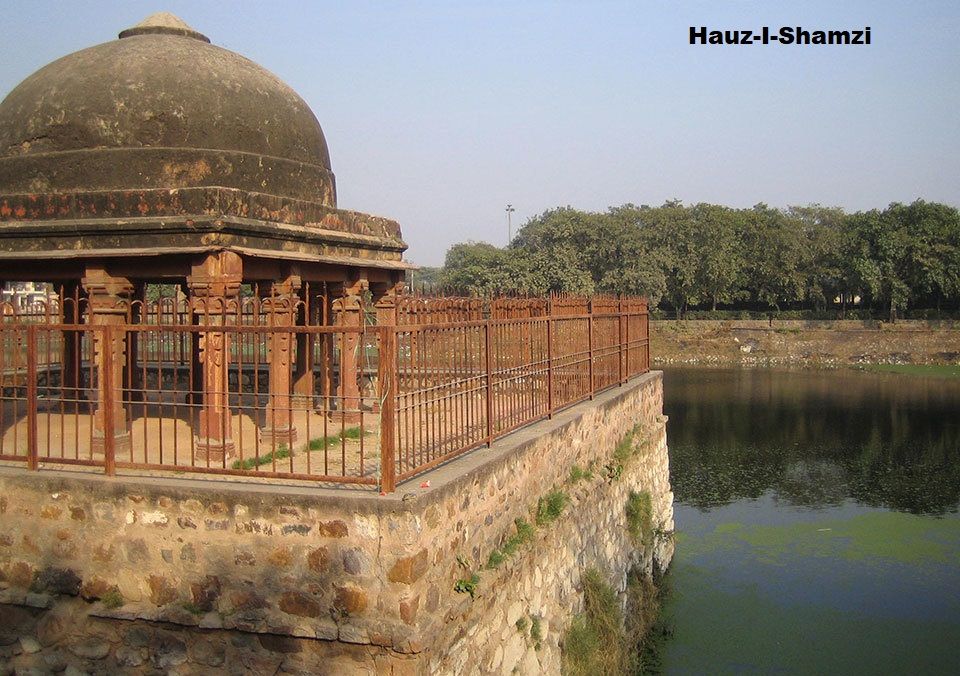 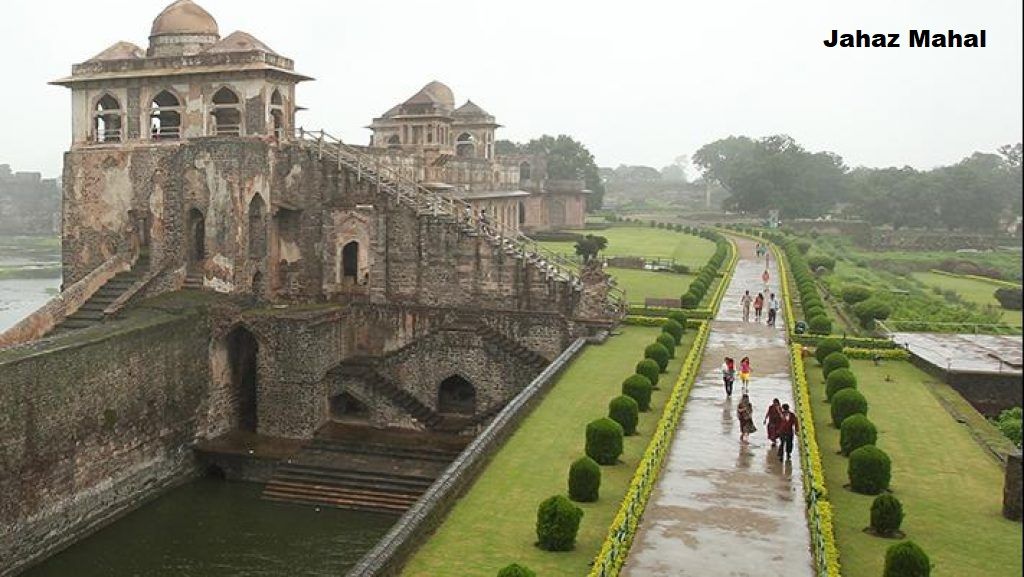 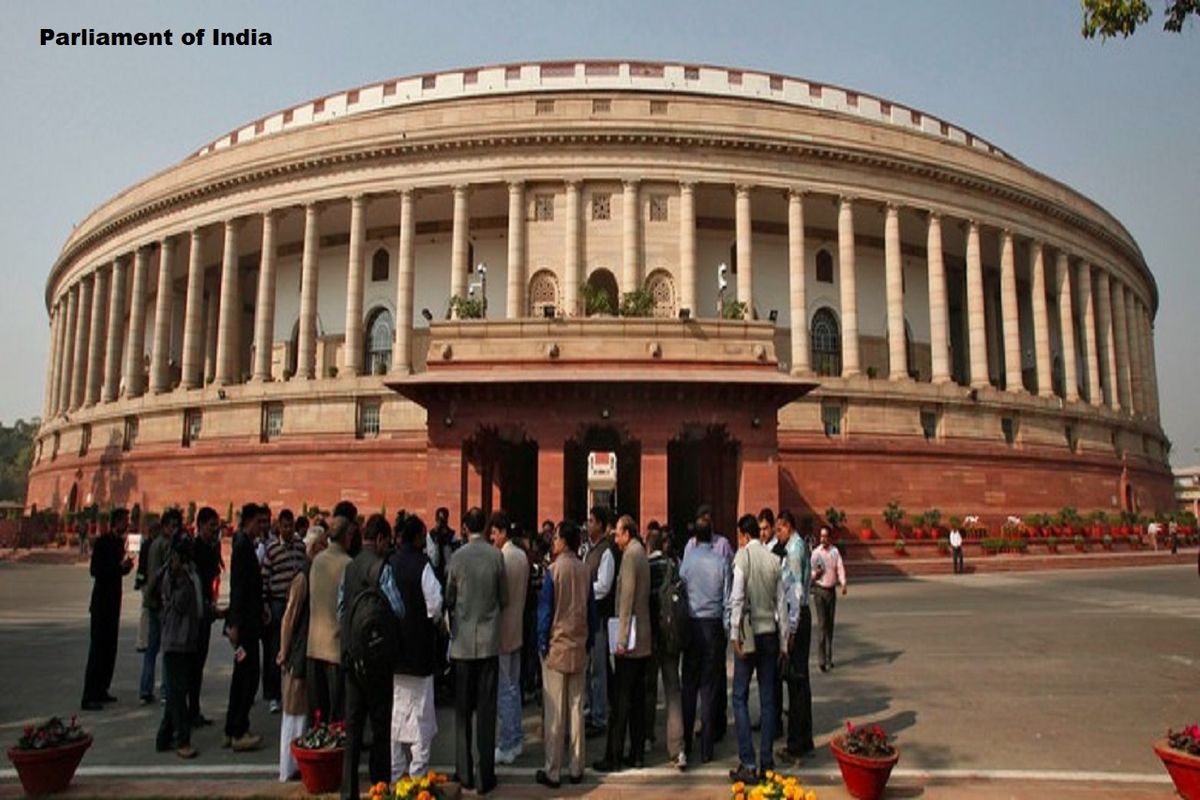 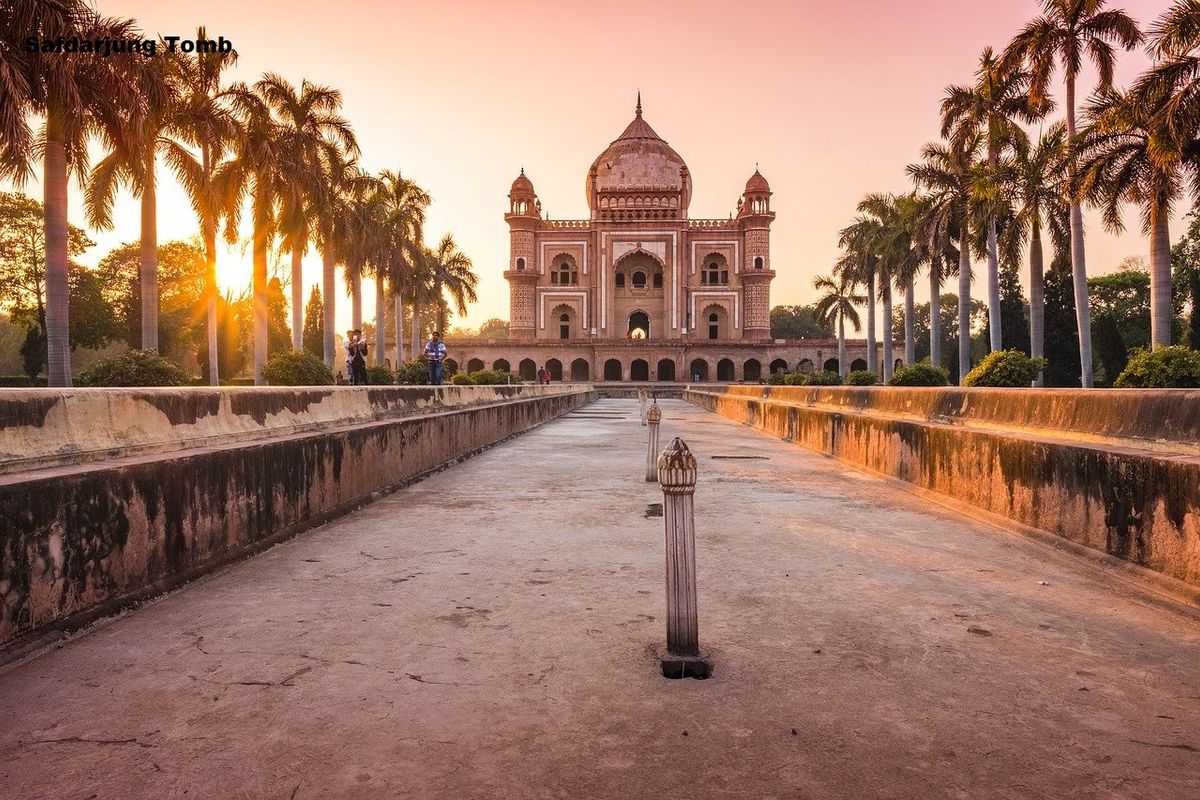 Best Time To Visit - Throughout the year

Entry Cost - INR 170 for adult and INR 100 for children above four years of age.

This marks the end of your elaborate and extensive 2 Day Trip of Delhi. This also includes an additional 2 Day trip Itinerary that helps you cover the rest of the city and its prominent monuments. This itinerary would surely help you gain a wholesome travel experience on your trip to Delhi.